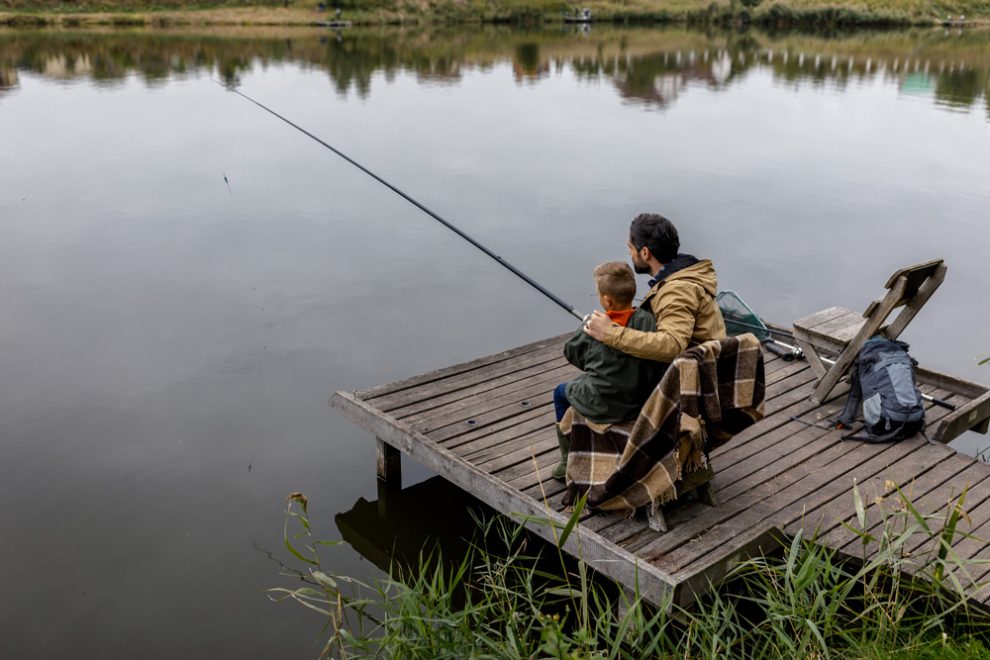 Fishing is an activity that is loved by many people, and for great reasons too! While you are out fishing, it gives you time to remove yourself from the hustle and bustle of our daily lives and take a nice relaxing break. We don’t have to worry about anything but snagging that catch. The rush you get when your line tugs, telling us something has come biting, is such a fun experience. Let alone, reeling your catch in and reveling in the reward. And the cherry on top? You get to take home your fish, cook it up using your favorite recipe and enjoy!

See All That New Melones Lake Marina Has to Offer

There are so many different types of species of fish in the world. We all have our favorites, and some may even have that prize fish they’ve been wanting to catch. At New Melones Lake Marina you can expect to see a whole handful of different fish. The most common fish you will come across at New Melones Lake is the Largemouth Bass and Smallmouth Bass. These fish are considered the ultimate thrill for the angler because they take both skill and technique to catch. Amongst the bass fish, you can expect to also see Rainbow Trout and Kokanee Salmon. Along with the game fish, there are several common panfish to be found in New Melones Lake Marina. Crappie and bluegills are quite common along with several different types of catfish. All of these smaller panfish are quite delicious catches and you won’t be disappointed.

What Bait and Tackle You Should Use

If you go fishing just for the pleasure of it, you need not concern yourself so much with what you put on the end of your line. To you, a catch is a catch. However, for those of you looking for a specific fish, you’ll want to know the fish habits and what they like to nibble on.

Bass – For those of you seeking a bass, they like to spend their Summer days in deeper water, but will move to more shallow water during the mornings and evenings. These shallow areas provide vegetation that the bass enjoys for their meals. The bass seeking angler should look along rocky points and steep ridges, with floating vegetation, or in coves filled with trees. Prime bass is waiting in this area. Karl’s Bait & Tackle has put together a list of seven lures you can use on bass year round on any type of water body. One of these following will help ensure you snag that prime fish you have been wanting: Jig, Crankbait, Jerkbait, Finesse Worm, Craw, Swimbait and Lipless Crankbait.

Rainbow Trout – You can expect to see the rainbow trout in deeper and cooler waters. Near the dam, at New Melones Lake is a great spot for you to seek the rainbow trout. Trout of up to five pounds have been caught in this area! The average is around three to four pounds. Trouts have a very large appetite and are constantly eating. About 90 percent of a trout’s diet is insects, so they are a great option as a lure. Rainbow Trouts have astounding vision and are always on the lookout for movement signaling their next snack. Some other options for a rainbow trout lure are rebel wee-crawfish, minnows, fish eggs, and Berkley PowerBait.

Kokanee Salmon – The Kokanee Salmon is notorious for being a real challenge to the sports angler. These fish are commonly found in the deeper waters around 80 to 100 feet deep. Even though deep and difficult to catch, it’s well worth the wait and effort. They often weigh in at three to five pounds. Kokanees are found to be a bit more aggressive and look for smaller prey that is moving. However, kokanees are found to be the prey of rainbow trouts which are also found in New Melones Lake, so you want to be sure your lure doesn’t imitate a threat and scare them away. Pink maggots (real or synthetic), dyed-cured shrimp and dyed-cured white shoepeg corn are great options. Just be sure to not weigh down the lure too much as it would take away from the lure creating movement to attract the Kokanee Salmon.

Crappie/Bluegills – Crappies and bluegills are from the same family. Crappies are just slightly larger than bluegills, but they both can be fished for in the same manner. These fish run in schools which make them easy and fun to catch in large numbers. They can commonly be found in vegetation overhangs or near fallen trees. When fishing for crappies, jigs, grubs, and spinners are great options for lures. Live bait is also a good choice such as minnows, worms, and insects. If you are in the search for bluegills specifically, try out popping lures, imitation minnows, spinnerbaits, jigs and flutter spoons.

Catfish – You can expect to find three different types of catfish when fishing at New Melones Lake; Channel, White, and Bullhead Catfish. The great perk of fishing for catfish is you can fish for them from shore. Catfish are known to grow to quite large sizes upwards of eleven to thirteen pounds. Any time in the evening on is a prime time to be fishing for catfish. Just be prepared for a fight with a feisty and strong fish. Catfish have a very large appetite and look for smell and taste. Some great options to use for bait are shad, chicken livers, dip baits, nightcrawlers, and crawfish.

California has laws set in place for how much fish you are allowed to catch in a day. Some regulations say you can have so many of one fish, others tell you how much weight of a type of fish you can catch and keep. Listed below are the catch limits for the fish you’ll find and catch while fishing at New Melones Lake Marina according to the California Freshwater Sport Fishing Regulations.

Bass – Open season for bass is year round long. If you catch white bass there is no limit on your catch but your catch must be immediately taken and killed on the spot by removing the head or cutting through the gills. Striped Bass has a limit of two with a minimum of 18 inches in total length.

Rainbow Trout – All anglers must have in their possession a Steelhead Fishing Report and Restoration Card. The card must be completed and returned to the Department of Fish and Wildlife by January 31st of the year following the card expiration. The rainbow trout must be longer than 16 inches in length when caught. Using the first available line, the angler will use a ballpoint pen and record the month, day, location fished, the number of fish caught and kept, and also the number of fish caught and released.

Kokanee Salmon – Open season for salmon is year round long. There is no size limit for Kokanee Salmon. The bag limit is five and the possession limit is ten.

Crappie/Bluegill – Open season is year round long except listed under district or special regulations. There is no size limit and the bag limit is twenty-five fish.

Catfish – Open season for catfish is year round long and there is no limit.

If you are struggling on how best to cook up your catch, check out the recipes here. Also, be sure to check out all the available boat rentals at New Melones Lake Marina. If you happen to have forgotten any fishing gear or you need to restock on drinks and food, the two convenience stores are fully stocked for all your fishing day needs. Now that you know when and how much fish you can catch, go fish away and have fun!

SolidWheel.com > Lifestyle > All You Need to Know About Fishing at New Melones Lake Marina