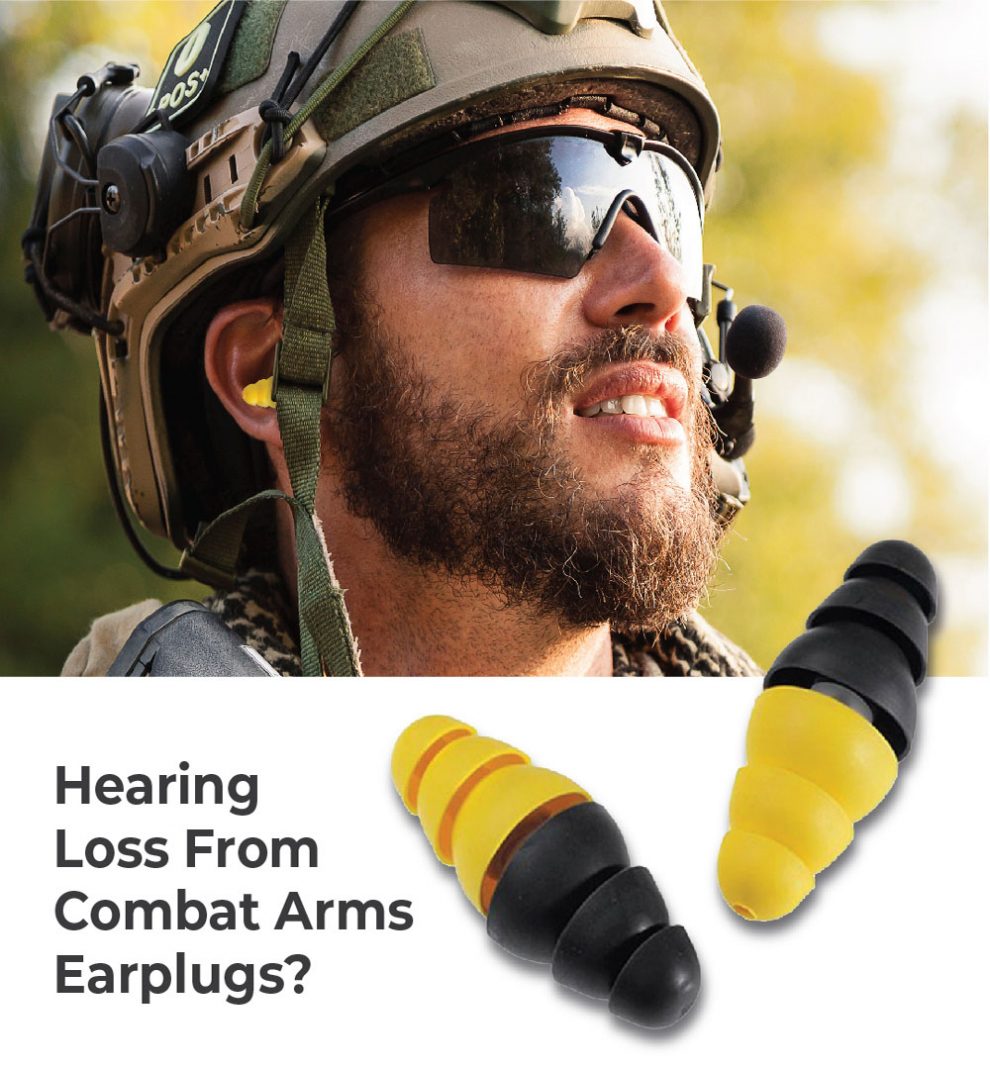 In order to find out if you are eligible for compensation in this case, it is needed that you contact the law offices of Phipps, Deacon, Purnell, PLLC. If you are eligible, you will potentially be able to make the money back to compensate you for the loss of hearing that you endured after your time in the service of the United States Military due to the 3M dual-ended combat arms earplugs. The earplugs also known as “selective attenuation earplugs” while being used would “loosen in the wearer’s ear”. This would allow for the very loud noises to come through and therefore damaging the inner ear canal. The earplugs were designed in such a way where the wearer could wear it one way in order to hear speech around him or her. And the other way was to keep out the very loud noises such as explosions and gunfire.

Hearing loss is a tragedy to say the least. You are born having great hearing and you go off to the military to fight for you country. You come back with hearing loss due to faulty 3M dual-ended combat arms earplugs. Well that is just despicable. “Today’s settlement will ensure that those who do business with the government know that their actions will not go unnoticed,” said Frank Robey, Director of the U.S. Army Criminal Investigation Command’s Major Procurement Fraud Unit (www.justice.gov 2019). Between 2003 and 2015, service members all of the the country that also served overseas in Iraq and Afghanistan, were issued these earplugs. And by the time they were done with their service, they had partial to permanent hearing loss which was of course caused because of the defects of 3M.

For the unfortunate people who have suffered hearing loss or even deafness because of these defective earplugs, they are entitled to compensation. The United States Department of Defense is not liable for this as they were not the creators of this product. The company in the wrong here is 3M and they will be paying out all the damages caused by their defective product. If you are one of the unfortunate people who have suffered from this, now is the time to get involved. Getting involved in this will not affect the VA benefits that the veterans are entitled to. They are not pursuing damages against the US government. As an affected person, it is your right to claim your compensation. If you don’t do this, it would be an injustice to yourself. 3M has agreed to settle on $9.1 million to resolve the allegations that have been placed upon them.

This condition that was inflicted on so many due to these earplugs is called Tinnitus. Tinnitus is the condition where you experience a ringing sensation in the ears. This condition can be caused by a myriad of different reasons ranging from aging, circulatory system disorder, etc. The most important one in this case is tinnitus caused by loud noises. If you are someone who has served in the military, you know that you will come across loud noises from time to time. This is especially true for people who handle firearms in the military as well as people who are in combat. They suffer the worst with this due to firearms as well as explosions. Noise-induced hearing loss is not an uncommon thing in the military, but when you are issued earplugs that are specifically supposed to prevent this from happening, this is when things end up getting tricky. When these earplugs were issued, their purpose was to help prevent this condition by shielding the inner ear from external noises. What 3M didn’t want people to know is that these earplugs were defective, and they knew that they were, while they were still being issued. The earplugs were originally owned by Aearo Technologies which was later acquired by 3M in 2008. And according to the lawsuit, Aearo was aware of the defects of the ear plugs since 2000. “Today’s settlement will ensure that those who do business with the government know that their actions will not go unnoticed,” said Frank Robey, director of the U.S. Army Criminal Investigation Command’s major procurement fraud unit. “Properly made safety equipment, for use by our (soldiers), is vital to our military’s readiness. Our agents will respond robustly to protect the safety of our military” (www.stripes.com 2019).

The focus of this lawsuit is in the following areas:

Now although this is where the focus lies, Phipps, Deacon, Purnell, PLLC are willing to help anyone in the United States if they are eligible.

In order to find out if you are eligible for compensation, make sure you contact Phipps, Deacon, Purnell, PLLC. They will help you get the compensation that you need. It’s your hearing, don’t be taken advantage of. Do what is best for you and go and get that money that is owed to you.