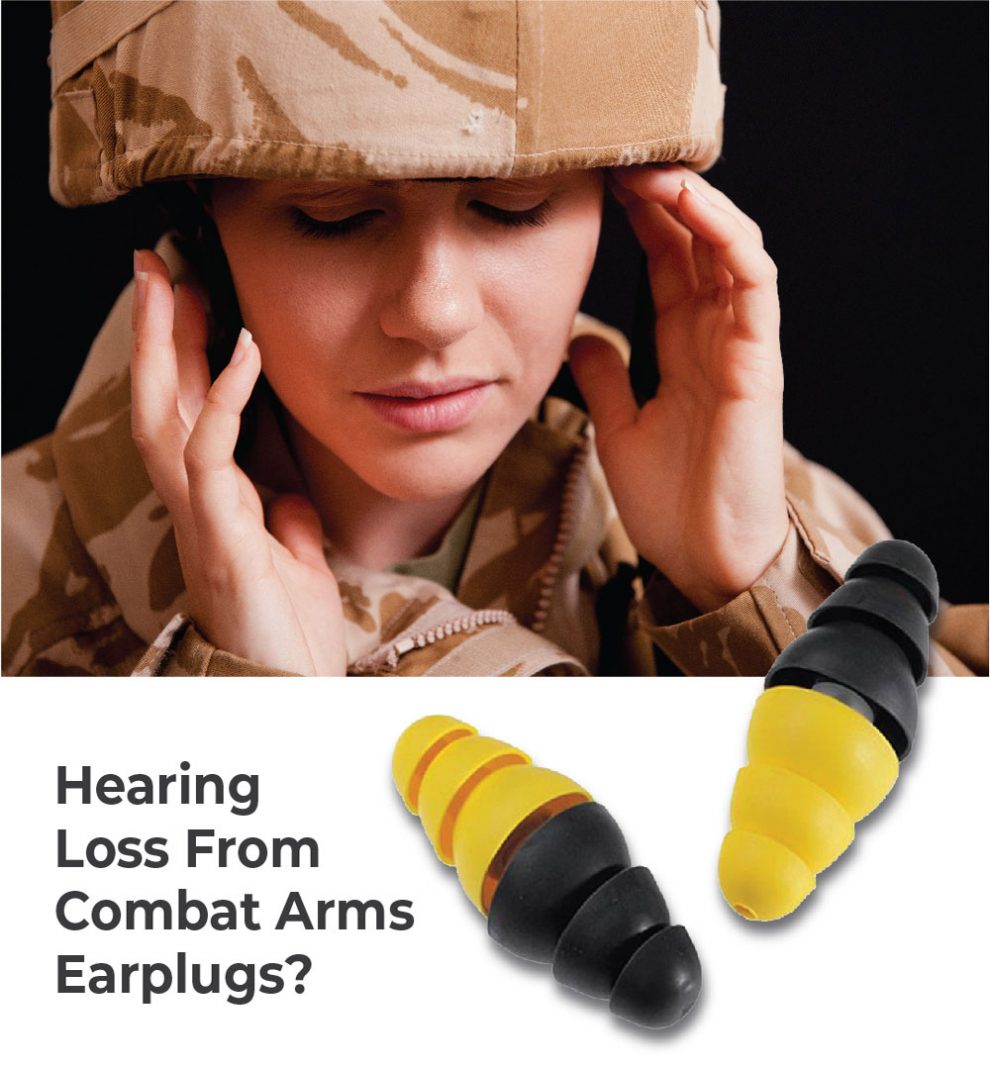 Veterans and service members that were given defective combat hearing plugs during their service should contact a law firm in San Antonio. Phipps, Deacon, Purcell PLLC wants to assist veterans and service members in getting financial compensation through a military earplugs lawsuit. Such a claim would be made against a company that manufactured and knowingly sold defective hearing plugs to the U.S. Government. These earplugs are called 3M Dual-Ended Combat Earplugs Version 2.

In 2018, the Department of Justice announced that 3M Company had agreed to pay $9.1 million to resolve allegations. The allegations that have been brought against 3M Company are that it knowingly sold the dual-ended Combat Arms Earplugs, Version 2 (CAEv2) to the U.S. military. This was done without having disclosed defects in the earplugs that hampered the effectiveness of the hearing protection device.

“The Department of Justice is committed to protecting the men and women serving in the U.S. military from defective products and fraudulent conduct,” said Acting Assistant Attorney General Chad A. Readler of the Department’s Civil Division. “Government contractors who seek to profit at the expense of our military will face appropriate consequences.”

As stated on the law firm’s website: “These earplugs did not protect servicemen and women as represented by the manufacturer and, as a result, caused hearing loss or tinnitus (a ringing or buzzing in the ear) for some users. The problem was that the dual-ended earplugs were too short to be properly inserted into users’ ears. As a result, the earplugs could gradually loosen without the user noticing, potentially leading to hearing loss or damage.”

Do You Qualify For A Military Earplugs Lawsuit?

Those who are eligible for monetary compensation from 3M (The U.S. Department of Defense is not liable for any damages) in a military earplugs lawsuit will meet three requirements. They are:

What Is Noise-Induced Hearing Loss

Noise-induced hearing loss (NIHL) is hearing impairment that is caused by exposure to loud sounds. NIHL can cause a loss of perception of a narrow range of sound frequencies. It can also cause an impaired cognitive perception of sound. This includes sensitivity to sound or ringing in the ears. Someone with NIHL may experience the deterioration from chronic and repeated noise exposure. In other cases, it happens suddenly, caused by impulse noise, such as a gunshot. This type of loud sound will over-stimulate hearing cells. Those cells can be permanently damaged or even killed. This cannot be repaired.

Wearing protection should ensure that you avoid or reduce any hearing loss. One example is 3M Dual-Ended Combat Earplugs Version 2. Unless the product is faulty. When a person uses a faulty product for protection and is exposed to excessively high levels from sounds over time, hearing loss may happen. If it does, you may be eligible for a military earplugs lawsuit.

Tinnitus is the hearing of sound when no external sound is there. For some, it sounds like clicking, roaring or hiss. But, in most cases, it has been described as a ringing. There have been some cases where people reported hearing voices or music. The sound may be soft or loud, low or high pitched. And it can be in one or both ears. The condition normally comes gradually. Some people end up with depression or anxiety. Tinnitus is a symptom that comes from an underlying cause. It is not a disease.

The most common cause of tinnitus is noise-induced hearing loss. Avoiding tinnitus involves avoiding loud noise and/or wearing protection when you are around loud noise. If you used faulty protection and suffered hearing loss, you could be eligible for a military earplugs lawsuit.

Any military earplugs lawsuit for monetary compensation will be against 3M Company only. Remember, the U.S. Department of Defense is not liable for any damages. Filing a lawsuit will not affect any VA benefits that you are entitled to because you are not pursuing damages against the U.S. Government. 3M Company knowingly supplied government personnel with faulty equipment that led to hearing loss/tinnitus. For more information, you need to contact the law offices of Phipps, Deacon, Purcell PLLC.

Their team knows that those who were injured by 3M’s wrongful conduct deserve justice. This is why they are investigating cases from current or former personnel suffering from hearing loss.Phipps Deacon Purnell is located in San Antonio, Texas. They are in the area of several military bases. These bases include Fort Bliss, Camp Bullis, Fort Hood, Randolph Air Force Base, Fort Sam Houston, Brooks City Base, Lackland Air Force Base and Naval Station Corpus Christi. However, they are looking for affected service men and women from all across the U.S. This is not just for those in and around San Antonio. Contact the law offices of Phipps, Deacon, Purcell, PLLC now to find out if you are eligible for financial compensation. You can visit their website and answer just three questions to see if you qualify. Or, call toll-free 1-833-443-2748. Call today!