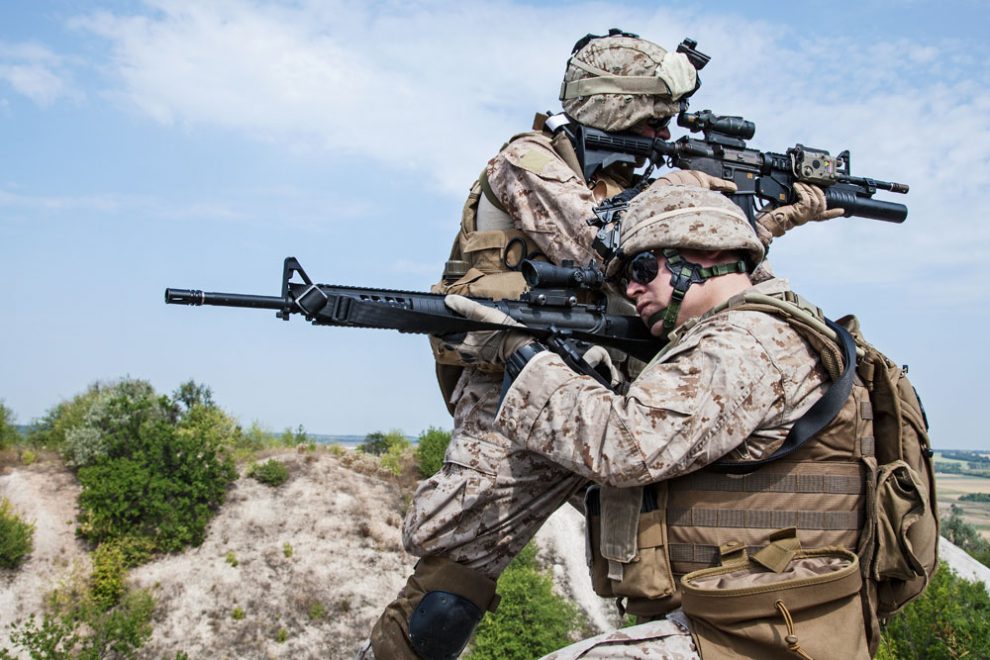 From 2003 to 2015, many United States servicemembers serving in Iraq and Afghanistan were issued defective earplugs. Due to their faulty design, the defective earplugs did not protect those brave women and men who relied on them. In fact, use of the earplugs in question, 3M Dual-Ended Combat Arms Earplugs Version 2 (CAEv2), could have contributed to many of those servicemen and women developing noise-induced hearing loss (NIHL) and/or tinnitus.

If you answered yes to all three of these questions, you should contact the law office of Phipps, Deacon, Purcell, PLLC today to learn more about an earplugs lawsuit against 3M.

The Basis For an Earplugs Lawsuit

Starting in 2003, Aearo Technologies, Inc. contracted with the U.S. Military to become the exclusive provider for selective attenuation earplugs. These selective attenuation earplugs were supposed to protect the hearing of servicemen and women. They were designed to be reversible so that they could be used for two different levels of protection. In 2008, Aearo Technologies was bought out by the 3M Company and 3M took over the earplug contract.

3M has had allegations filed against them under the False Claims Act regarding these earplugs. The allegations state that the 3M Dual-Ended Combat Arms Earplugs Version 2 were too short to be properly seated into some people’s ears. When the earplugs did not seat properly, they could slowly become loose enough that they did not work properly and the wearer’s hearing could become damaged.

According to a report in Stars and Stripes, the company had been aware of the defect as early as 2000, several years before they entered into the military contract. In 2018, 3M agreed to settle allegations that had been brought against them by paying $9.1 million to the U.S. Government. As this is strong indication that the company did, indeed, know about the defects, an earplugs lawsuit could be successful.

Liability Relating to an Earplugs Lawsuit

In this situation, eligible service members will be able to seek damages from 3M because the company knowingly supplied the military with faulty equipment. The US Department of Defense, however, cannot be held liable under these circumstances. As 3M is a government contractor that willfully provided faulty equipment, being party to an earplugs lawsuit against them will not affect a person’s VA benefits eligibility.

If you or someone you love has been affected, you may be able to pursue damages against 3M. Contact Phipps, Deacon, Purcell, PLLC to find out if you may be eligible for financial compensation from 3M.

Explosions, gunshots, and other loud noises can contribute to hearing impairment. When this happens, it is called noise-induced hearing loss (NIHL). People with NIHL may experience a range of different symptoms including the situations listed below.

For many people, hearing loss caused by loud noises sets in gradually as they experience repeated exposure to loud noises. Conversely, a short but intense noise like an explosion can lead to the sudden impairment of a person’s hearing.

Technically speaking, tinnitus isn’t a disease. It is actually a symptom of an underlying problem like noise-induced hearing loss. By definition, tinnitus is simply hearing sounds when there is no actual sound present. Different people hear different types of sounds including sounds that are soft, loud, low pitched, or low pitched. The sounds may be present in both ears or in just one ear depending on the patient. Below is a short list of common manifestations of tinnitus.

The 3M Dual-Ended Combat Arms Earplugs Version 2 could become loose in a person’s ears without them noticing. When this occurred, sound vibrations caused by loud noises were able to make their way past the earplugs and damage the wearer’s hearing. The soldiers who used these earplugs expected them to protect their hearing, but their faulty design allowed them to do the exact opposite. The damage caused under these circumstances could lead to loss of hearing or tinnitus for the soldier. According to the VA Annual Benefits Report for 2017, hearing loss and tinnitus were the two most prevalent service-connected disabilities, affecting nearly 3 million veterans.

Phipps, Deacon, Purcell, PLLC Want to Help You with an Earplugs Lawsuit

Phipps, Deacon, Purcell, PLLC is a law office located in San Antonio, Texas. They want to help anyone who served our country and was injured through the use of 3M Dual-Ended Combat Arms Earplugs Version 2. To that end, they are investigating cases and representing injured servicemembers and veterans from across the country.

Often, affected servicemembers pursuing an earplugs lawsuit wish to work with a law office located near their military base. Phipps, Deacon, Purcell, PLLC is centrally located in San Antonio, putting them close to the following United States Military Bases:

Contact Phipps, Deacon, Purcell, PLLC today for additional information regarding an earplugs lawsuit against 3M. Their office will evaluate your case on an individual basis and represent you if you are eligible for compensation.