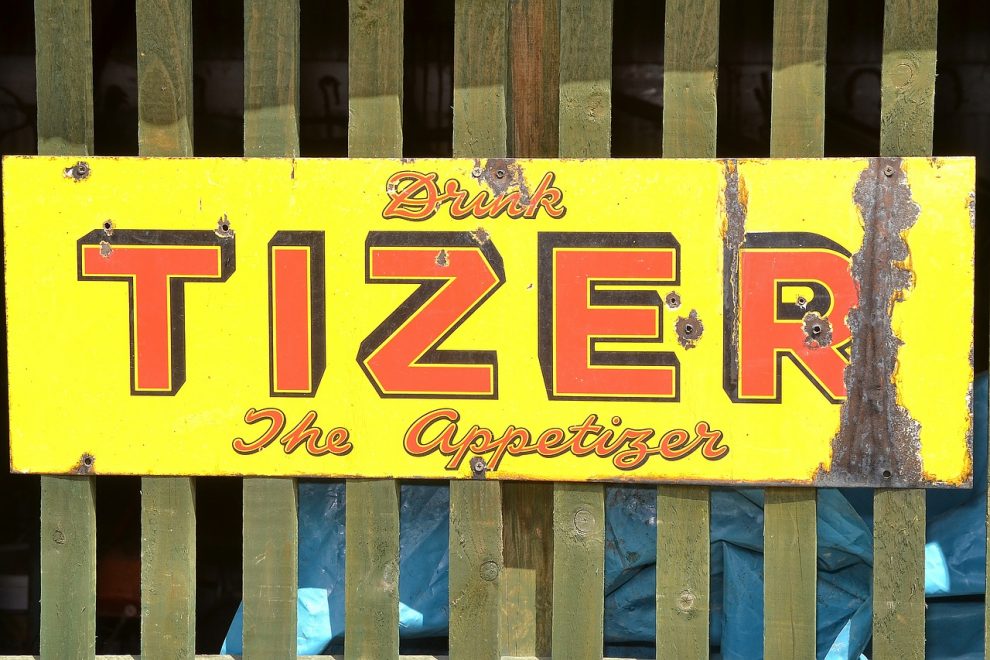 Sign painting has an extremely long and very rich history. It has existed almost as long as civilization itself! The need to communicate in forms that extend beyond the spoken word has only continued to grow throughout time. From it’s early humble beginnings as a rock beside the trail, indicating that you are on the right, or wrong path, To the modern digital signboards, sign painting has played the longest role, and had some of the largest impact in the development of our society as a whole.

The earliest known use of signs was as mile markers commonly used by the roman empire. Typically simple carved stone propped up by the side of the road was all that they used to indicate distance traveled on the road. As they developed they began to be carved with information regarding the distance traveled and towns you are headed to or from. Many ancient milestones can still be found standing today throughout eurasia.

Paint was not used on the milestones as far as we can tell, but its use did begin to grow in the roman cities to indicate to those passing by the kinds of services they could expect to receive in the establishment. These early signs were typically made of stone, or clay. And several of the early symbolisms are still used today! From the red and white indicating a barber shop, to the three circles that are the mark of a pawn shop. They all originated right here in ancient rome.

During the Medieval Period the use of signage commercially, and the painting of signs really took off. Many argue that this was the height of the artistic display in signmaking. Starting out they were humbly hung in front of taverns and inns as decreed by british royalty. But as the years went on, their popularity increased! With the increase in popularity came an increase in size, and level of decoration on the signs. They were designed to catch the eye of travellers passing by. It grew to the point that they had to pass additional legislation determining the size a sign must be, and where it can be placed because the roads were becoming obstructed by a plethora of signs!

Writing was not typically used on these signs in that a majority of the patrons they targeted were illiterate. Instead unique images were used a majority of the time to identify one house from another. Lettering did not become a large part of sign making until much later.

Several hundred years later sign painting and lettering had merged so tightly together that they would be inseparable for the rest of history. During the 19th century sign painting had become recognized as a full on trade. This is the form of sign painting many of us are familiar with and seek to learn ourselves. The classic lettering styles and stark contrasts of color give these pieces their unique look. Combined with metal leafing and lighting, it even developed into the earliest forms of lit signs for companies whose services lasted throughout the night. These innovations continued and ultimately led to the decline in the art of sign painting.

Sign painting remained a common, and much valued trade throughout the 19th and well into the 20th century. But it’s downfall truly started with the invention of the neon sign in the early 1900s. By the 1920’s neon signs were leading the charge as the new way to attract the attention of potential customers. Older painted signs began to fall into disrepair as more and more lighted signs began hitting the market. Later the beginning of printing Vinyl put the final nail in the coffin for traditional sign painting. There were simply cheaper, less time consuming methods of creating signage. Sign painting fell out of the commercial scene nearly entirely by the 1970’s.

Today there are very few sign painters left. It is a dying trade, though many have picked it up as a hobby. There are still some small mom and pop shops around that will do traditional sign painting, but they are few and far between. If you are looking for a way to get a new sign for you or your business, your best bet is to check out this article. But if sign painting is something you are interested in getting into, check out your local recreation centers! Many classes are becoming available to teach others how to produce the beautiful classic lettering that brings that vintage feel wherever it goes.

SolidWheel.com > Marketing > How Sign Painting Has Evolved Over The Years