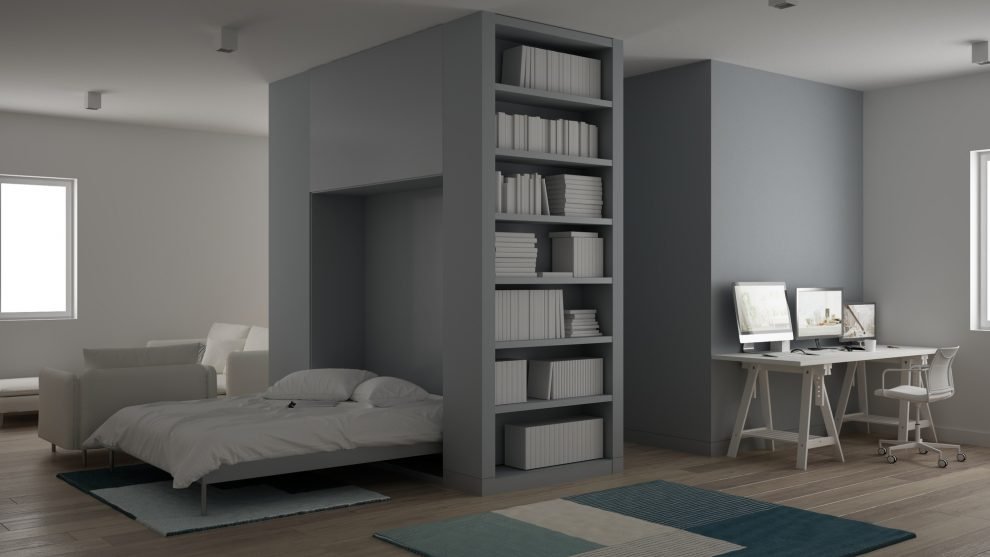 Have you ever seen Charlie Chaplin’s “One A.M.” from 1916? Me either. After all, that is more than 100 years ago. But, it appears that someone at the New York Times has. According to their article, the film includes a famous scene. It shows a “five-minute wrestling match between a man and bed that ends with both competitors half-destroyed and what’s left of Chaplin staggering away to sleep in the bathtub.”

Create Your Own Murphy Bed With This Online Bed Builder

Any bed is a large piece of furniture. You still need to use common sense and to follow essential safety precautions when setting up and using a Murphy Bed, also known as a wall bed or wallbed. Wilding wallbeds are safe when installed properly. To make sure that this happens, each wallbed model comes with an installation instruction booklet detailing step-by-step procedures for safe installation. And just in case, this warning is printed on the first page:

“WARNING! ALL MURPHY/WALLBED SYSTEMS CONTAIN POWERFUL LIFTING COMPONENTS. FAILURE TO USE AND FOLLOW THESE INSTRUCTIONS DURING THE INSTALLATION PROCESS COULD RESULT IN SEVERE PERSONAL INJURY TO USER OR DAMAGE TO PRODUCT. PLEASE CONTACT CUSTOMER SERVICE AT 866-725-6401 FOR ANY QUESTIONS.”

There are some commonly asked questions in regards to the safety of using a Murphy Bed. Here are a couple — along with the answers provided by Wilding Wallbeds.

There are many reasons that someone would want to purchase a Wilding wallbed. Those reasons include:

Their Murphy Beds are handmade by skilled furniture makers using only the finest solid hardwoods and top quality furniture grade plywoods available. Installing this space-saving furniture will allow you to make your space do double duty and improve your daily living. Wilding Wallbeds has been building and shipping wallbeds across the United States and internationally since 1997. Plus, with Wilding being the manufacturer, pricing is direct, saving you money on comparable products.